THE HEART OF MODERN MISSIONS

The word “missionary” often bears the image of a white Colonist in a bowl-shaped hat forging through the jungle, Bible in hand. It’s frequently negative, knotted to the destruction of indigenous cultures and the overthrow of local governments by foreign powers.

But recent news of a third American missionary stricken with Ebola in Liberia reveals the heart of modern missions: sacrificially serving others.

While people worldwide have reacted with horror and fear at the spread of the disease, blamed for the deaths or more than 2,000, 51-year-old Massachusetts’ Dr. Rick Sacra hopped on a plane to Liberia. Why? To replace two missionaries who’d already caught Ebola while treating others. 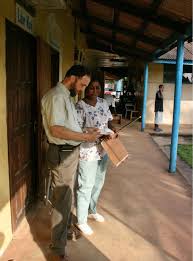 Having previously worked at the hospital for 15 years, Dr. Sacra returned to deliver babies, since other health care providers were stretched thin. Like Nancy Writebol, one of the other missionaries who contacted Ebola, he was working with SIM, a Christian charity formed of people from more than 30 nationalities serving in 60 countries.

Their purpose? To glorify God. “This is our highest motivation,” says the organization’s web site. “We evaluate what we do by this standard.”

When Dr. Sacra became sick, he didn’t lash out in anger or fear. He apologized to SIM officials, saying he didn’t expect to be evacuated. “Jesus is right here with me in Liberia,” he wrote in a publically shared email.

Right here with me. If we, who are equally called to glorify God, believed this simple truth, how much better would the world be? How much less the misery? Dr. Sacra’s decision to run toward suffering, rather than away from it, causes me to question my own priorities. 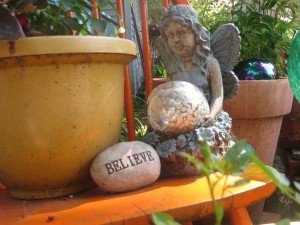 Throughout Scripture, Christ tells his followers to love sacrificially, to give generously, and to live in mind of eternity. Instead of seeking to satisfy ourselves, we are to cast our cares on him while comforting others.

Fear often holds us back. Fear that we will get hurt. Fear that we won’t have enough. Fear of the future. I find encouragement in the apostle Paul’s words, “For I consider that the sufferings of this present time are not worth comparing with the glory that is to be revealed to us,” Romans 8:18.

When the focus of our life is to glorify God, we are promised a future bursting with that glory. Best of all, those with whom we share God’s love will discover his goodness. That is what motivates missionaries like Dr. Sacra, who willingly serve in some of the most dangerous places on earth. Places like Iraq and North Korea and Syria, where even being a Christian is dangerous.

We can spend our time fearing the future. What if Ebola spreads? Or we can support those risking their lives to stop it. Pray for Dr. Sacra as he fights this disease in a Nebraska isolation unit. Pray for missionaries and humanitarian aid workers in West Africa. Pray for medical companies researching a cure and for those living in infected areas. And support them financially. All believers share the responsibility to serve.

What do you think?