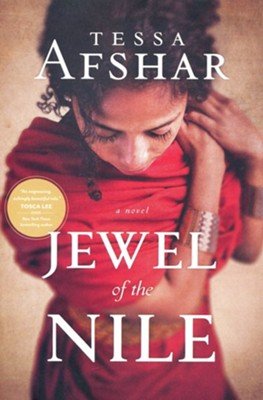 Jewel of the Nile: Book Review

I have long admired Tessa Afshar, a romance novelist who crafts historical fiction set around the time of Christ. As a kid lit fan, I’m not a big reader of adult fiction. And I confess that I stopped reading romance novels about the time I realized that lasting love involves more laundry than long walks on the beach. 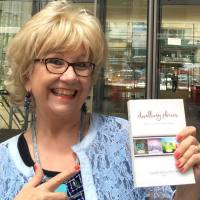 The Bible is a big book, written in ancient languages to people living long before contemporary culture. For folks unfamiliar with the people and practices it contains, it can also be confusing. It helps to read such words along with a commentary, designed to explain perplexing passages, or with a devotional, which tend to highlight one short passage at a time. One inspiring new devotional, which does just that, is Ordinary Graces: Word Gifts for any Season (Abingdon Press, 2017), by Connecticut author and speaker Lucinda Secrest McDowell.

There’s something about the start of a new year that beckons us to set goals. According to the website History.com, the custom of setting New Year’s resolutions began in ancient Babylon 4,000 years ago. Each March people celebrated a 12-day religious festival and made promises to their gods. Those who kept them were assured favor in the coming year. The New Year offers an opportunity to reflect on what we’d like to change. In the West, often it’s our health habits. But what if instead of measuring our midriffs and kicking off another diet, we measured our lifestyle? That’s the prospect authors Sarah Arthur and Erin Wasinger offer in their book, “The Year of Small Things: Radical Faith for the Rest of Us” (Brazos Press, 2017).

Crossing the Waters: Following Jesus through the Storms

Living on Maine’s coast for most of my life, I’m embarrassed to admit that I’m no sailor. And the last time I caught a fish, I was 10. But I am a reader and an occasional doubter. So I was intrigued to read, “Crossing the Waters: Following Jesus through the Storms, the Fish, the Doubt, and the Seas,” by Alaskan author and fisherwoman Leslie Leyland Fields (2016 NAVPRESS). Fields and her family live on Harvester Island, a rugged, beautiful place full of adventure, deep isolation, and danger. Throughout the fishing season, they cross the waters in boats, casting nets in hope that what they catch will sustain them.

“Don’t Hide Your Light Under a Laundry Basket,” book review

My husband, Dana, and I welcomed our first child in our mid-twenties. It was wonderful and rewarding, and we treasured our little son, gleefully watching his every move, showing him off to neighbors, and reading him the original “Winnie the Pooh” before he could sit up. But I was lonely too.